CHARLESTON, SC — May 17, 2022 — The Indigo Road Hospitality Group (IRHG) has added The
George Hotel, which is currently under construction in Georgetown, SC, to its growing family of
boutique hotels. In addition to operating the hotel, IRHG will manage the property’s outdoor bar, full-
service restaurant, and catering operations.

“The George marks Indigo Road’s first hotel in our beautiful home state of South Carolina,” said Larry
Spelts, president of Lodging & Lifestyle Adventures at IRHG. “Halfway between Myrtle Beach and
Charleston, historic downtown Georgetown is the home to not only dozens of carefully preserved
historic sites but also the city’s vibrant waterfront, as its located on the captivating Winyah Bay. We’re
honored to be given the opportunity to deliver our experience-driven, high-touch hospitality in such a
beautiful city.”

Once completed, The George will have 56 rooms; a full-service restaurant and bar on the Front Street
side of the property, where there are bustling shops, art-filled galleries, and charming restaurants; a
waterfront event space and bar; and an activity lawn for lounging, games, and events. As the hotel
will have direct marina access, guests will be able to take advantage of the many opportunities to fish
and sail in the Winyah Bay and surrounding areas, and boaters will have access to the hotel’s
amenities.

Joe Keenan of Winyah Hospitality LLC is serving as the developer of the project, which began in
February 2022. The demolition of the building currently at 615 Front St., which Winyah Hospitality
purchased from Georgetown Times in August 2021, is underway. The property is slated to open in
early spring 2023.

“Having Indigo Road involved to handle management aspects and run the F&B and catering provides an incredible boost to the project,” Keenan said. “They are viewed as one of the top food and
beverage groups in the Southeast and share the same overall vision for the area and the hotel. We
knew it was a perfect fit from the start and look forward to continuing to work with their talented team
on the concept for restaurant and event space as we get further along with the development.”

Jenny Keenan Design, known for its extraordinary work at properties in the Charleston area,
including The Spectator Hotel, has been tapped as The George’s interior design firm. For the
property, the firm is drawing inspiration from Georgetown’s maritime legacy and combining it with the
casual lifestyle of the neighboring barrier islands of the South Carolina Lowcountry.

“We love the idea of bringing a sophisticated food and beverage experience to a small city hotel,
especially in such a beautiful, colonial-era port city like Georgetown,” said Steve Palmer, founder of
IRHG. “We operate a very successful restaurant in nearby Florence, SC that is beloved by locals, and
we recently opened a restaurant at our Historic Park Inn Hotel in Mason City, Iowa that has also been
well received, which reinforces our belief that smaller markets also desire and support the quality
dining experiences that we have successfully delivered in larger markets like Charleston and
Nashville.”

Founded in 2009 by Steve Palmer, The Indigo Road Hospitality Group (IRHG) owns, operates, and manages restaurants and boutique hotels throughout the country. Based in the Southeast, IRHG is founded upon the core principle of serving with love and creating memorable experiences for all. In 2019, IRHG marked its tenth anniversary by being named a Forbes Small Giant and appearing on the
Inc. 5000 Fastest Growing Companies list, and in 2020 announced that hotelier Larry Spelts joined
The Indigo Road as a partner and president of its new venture into lodging with a focus on food &amp;
beverage driven boutique hotels. As of May 2022, IRHG has three open and operating hotels, three
acquisitions under contract, and four active development projects with openings from early 2023
through 2024, in addition to more than two dozen restaurants in eight cities. The Indigo Road’s
dedication to excellence in food &amp; beverage has been recognized three consecutive years (’18,’19, & ’20) by Palmer being named a semi-finalist by the James Beard Foundation’s award for Outstanding Restaurateur-US. For more information on the portfolio, team, core values and services, visit theindigoroad.com. 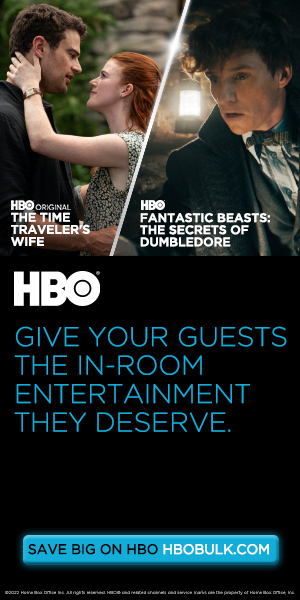